Could we be the emerging superheroes? There is no doubt that movies based on comic books are at the forefront of our collective consciousness right now, but are they already walking among us? Whether it is psychic phenomenon, being able to communicate interdimensional or the use of ‘the force’, these powers are not only fodder for characters, but are being seen more frequently in the larger population. Join us for a fun discussion as we blend superhero fantasy and our spiritual awakening with James Connor, author of The Superyogi Scenario. 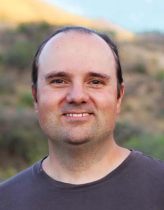 Connor began writing supernatural thrillers when he won a Raven Society Award at the University of Virginia in support of his creative writing. But it wasn’t until two decades later, after giving up a successful business career as the CEO of a New York City advertising agency and completing a three-year isolated meditation and yoga retreat in the high-desert mountains of Arizona, that Connor felt compelled to publish stories that allow readers to experience deep wisdom gained from his fifteen years of detailed Buddhist and yoga training. Following in the footsteps of his story-telling idols C.S. Lewis, Neil Gaiman, and the Wachowskis, Connor is a firm believer in combining philosophy with fun. He is also the founder of GoBeyond.org and travels teaching Buddhist and yoga philosophy with an emphasis on meditation.

It was on Sunday afternoons, in his cabin in the Arizona desert, that Connor poured out the heroic journey of Diamond Mind, Airspeed, Samsa and Father Agua that now marks the beginning of a new superhero saga for our times. For more information visit: www.byjamesconnor.com/ 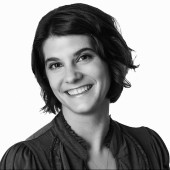 Paul Davids on an Atheist in Heaven